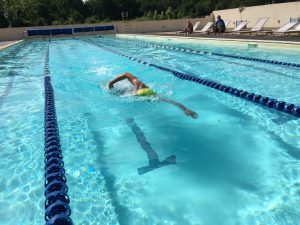 When I set up Duathlon Girl I said I didn’t want the site to be just about me so I’m really excited to share with you an insight into a few of the people who have influenced and inspired me. First up is Chris Hine.

I’ve been coached by Chris since November 2016 and have been blown away by his knowledge, passion and commitment.

Chris has been involved in elite sport from a young age and graduated from Loughborough University with a 2.1 in Sports and Exercise Science while part of the University Performance Squad. He set up his own coaching business building off his athletic and coaching experiences, which is partnered with Matt Bottrill Performance Coaching.

1. Tell us a bit about yourself and why you got into coaching?

I had to work really hard in Triathlon to develop my own weaknesses and consequently learnt a great deal of coaching practices. I’m from near Bath and started out very new to the sport but was exposed to some great coaching in the South West regional academy and Doug Hall at Bath University. That took me to Loughborough where I made the squad which works alongside the British Triathlon world class set up. I learnt a great deal from that and during my final years studying and racing I decided to complete my qualifications after an injury lay off. I found I was really passionate about helping athletes achieve their goals and could offer innovative coaching which I love doing. That summer I trained and worked at Les Stables Triathlon Training Camps where I developed the foundations for the new coaching set up I wanted to implement on my return. I got into it because I love the sport and I want to develop what I’ve learnt to offer professional support to athletes as the sport progresses.

2. So when and how did you team up with Matt Bottrill Performance Coaching?

I met Matt through working at a local triathlon facility called Race Hub based in Six Hills, Leicestershire. I got to know him more while in France and found our coaching philosophies were very similar and we had a lot to learn from each other. His attention to detail is testament to his cycling successes and exactly the type of coaching I want to apply.

3. What’s been your proudest achievement to date?

I’d actually say my proudest achievement is breaking a barrier on my 400m swim time. I came into the sport late and after a few years came to the conclusion I’d simply missed the cut and wouldn’t be able to swim fast enough. I broke it all down myself and after a very specific year got down to 4.20. The bars even higher in drafting triathlon now and 400m isn’t 1500m but it showed me if you break something down enough, work hard enough and are patient enough some barriers can still be broken.

4. Who inspires you most?

The people that inspire me most are athletes that are improving off next to no time available to them. Shows me if you manage your time well enough and are specific you can still achieve your goals.

5. If you could only do one discipline swim, bike or run for the next 5 years which would it be and why?

Definitely bike, no better feeling than smashing up a session in the Leicestershire or Wiltshire countryside. 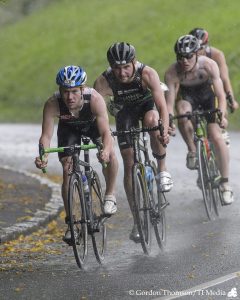 6. And finally, tell us a bit about your favorite bike and why?

I’ve been riding the Giant TCR Advanced 1 this winter and have loved it, that would have to be my favourite. Never had a bike so responsive over the terrain and so comfortable out the saddle.

***Chris and Matt Bottrill will be doing a Facebook Live session on Tuesday 31st Jan from 7.30pm to 8.30pm. They will be online to answer any of your cycling, running and swimming related questions and comment live so be sure to join them!***

If you would like to read more about Chris and the multi sport packages available through Matt Bottrill Performance Coaching click here. 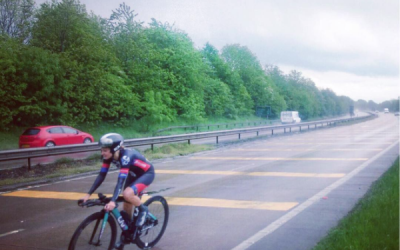 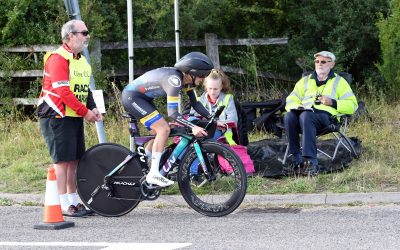 Getting into Time Trialling