February 22, 2017 By D.Bradley
Paul is the brains behind the Duathlon Girl website… I went to Paul with a vision and he brought it to life for me.  He runs Chemical Code, a creative agency based in Warwickshire, delivering creative solutions in graphic design, advertising, branding and web development.
He is also a pretty handy cyclist… but he didn’t want me to mention that!

Chemical Code was started over 18 years ago now, originally it was what I did in my spare time, favours for mates, that sort of thing. The name came about from discussing ideas with work colleagues, I wanted something that sounded unique, technical, and as important – you could actually buy the domain! Good design is made up of lots of elements (that’s the ‘Chemical’ bit), when you pull this all together in an organised, efficient way (thats the ‘Code’ bit) your client gets great work… I don’t really go for this fluffy, creative BS.. so that’s as much as you’ll get..!

Well on a personal level obviously my wife and kids are my biggest achievement! In the early days of building up the business, I worked from 8-6pm had a break to eat and catch up with the family and then back to work from 9pm-2am, 4 days a week… so it was great to have that support early on to allow me to build the business up to where it is today… employing young team members who have been able to buy their own homes and grow with the business is also something I’m proud of…

Back to bikes… my son is 12 and this year we completed his longest ride of 60 miles. It wasn’t particularly fast and the last 10 miles his legs were cooked.. but it was just a great experience, father and son chatting, stopping for lunch enjoying the countryside on quiet roads… roll on spring!

Well apart from Duathlon Girl, I was lucky enough to work on some British Olympic Association projects for a client, graphics for the 2010 Winter Olympics in Vancouver and following this the 2012 Olympics, specifically visuals for the Team GB House.. another big project was for HSBC who were sponsoring the Rugby 7’s at Twickenham, we designed a huge safari themed hospitality area including bar and dj booth.. check it out here.. http://www.chemicalcode.com/case-studies/creating-a-hospitality-area-with-pride/

I used to DJ, back in the day I liked a good party and was sometimes needed to warm up at my mates club in Birmingham for DJs like Sasha, Oakenfold and others. I always liked the technical side of music so also used to set up the sound and recording gear for bands at the club (which didn’t always go well), D:Ream I remember were never happy! (Interesting fact: that science / TV presenter Brian Cox used to play the keyboards for them!)

That’s a hard one, I’ve lived in Leamington/Warwick/Stratford area for the last 20+ years so most of my riding has been around here with mates initially on mtb’s, then we all discovered speed again, so on road bikes. We’re lucky we can be in the countryside very quickly and although the roads aren’t alpine passes it’s possible to test yourself…

I have a couple of loops I only attempt when feeling strong which incorporate Burton Dassett, Edge Hill and a few more getting there and back, I’m not the quickest up hills but always like the challenge of a hill so get drawn to them… I’m looking forward to getting back out on the road and seeing if my winter hibernating on the trainer has paid off!

Over the years I’ve had a few bikes which stick in mind… I saved up and bought my first proper road bike when I was 15, a Peugeot, full guards and pannier racks (deeply uncool when I think back!), but it went to France for 3 year consecutive years cycling with my two mates, just a change of clothes and a map, 80 miles a day, 7 days riding, drinking lemonade by the gallon during the day and steaks/beers every night.. that’s what got me into bikes… I then veered off road, did some very amateur DH races and a few XC races, managed to break three mountain bikes in one year (an expensive year!); my Klein Mantra, my best mates San Andreas DH bike and cracked another friends frame…

Lance was then doing his thing, and ever since then I’ve preferred road bikes, I even had a Trek US Postal which Ive just sold. Right now I would say it’s my TT bike, its certainly nothing special (2nd hand Specialized) but I train on it (using Zwift currently) and there is no better feeling than when you have it wound up on a good stretch of tarmac on the edge of your physical abilities..

To find out more out Chemical Code and the clients they have worked with head over to ….. www.chemicalcode.com 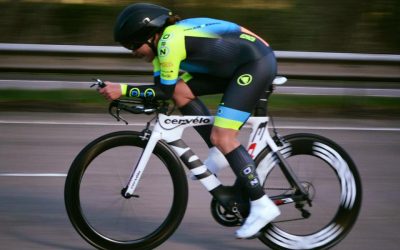 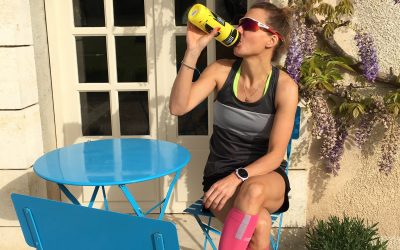 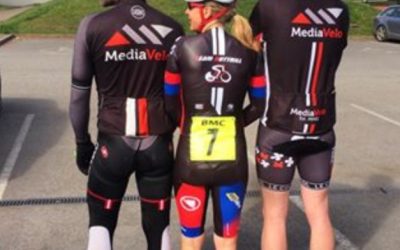