So where do I start?

I suppose 2006 when I started training for a marathon was the defining moment for me. I remember not being able to run around the block but I knew I was going to run and not walk the London Marathon even if it killed me… And i did.  From that point on I was hooked. I could see that through hard work improvements could be made. It was addictive. I knew i could go faster so i joined a running club and kept working on getting better.  I felt so inspired being around runners of all ages, shapes and sizes. After more than my fair share of injuries though I never really peaked as a runner so I took up cycling as a way of cross training a few years ago.

Putting the two together in 2013 seemed like the obvious choice and in my first Duathlon I came 2nd in my age group and qualified to represent GB at the European Championships in Horst, The Netherlands. Words can’t describe the feeling of knowing I’d get to wear a GB kit. At this point I found myself a coach (Andrea Whitcome of thetrilife) herself an incredible athlete but also a mum who understood the pressures of balancing home and work life.  On race day unfortunately it wasn’t meant to be. After leading the first run I hit a barrier and crashed less than 2mins into the bike course. It knocked my confidence to the core and there was a real sense of letting people down but with hindsight the best thing that could’ve happened to me. I learnt a lot from that experience.

I made the decision to go to the 2014 World Championships in Pontevedra for the experience and to help me move on from the crash. I never allowed myself to think about anything other than getting round in one piece. As it turns out I had the race of my life, winning gold and becoming World Sprint Duathlon Champion (40-44 AG)

My next GB race was the 2015 European Championships.  Up until 8 weeks beforehand I was unsure if I’d race. In December 2014 I became quite poorly and after numerous tests and an operation had the agonising wait to hear if I had lymphoma (Cancer). When finally the good news came I knew I had to race. It made me realise how important it is to grab every opportunity as none of us know what’s around the corner. Thanks to the right bike coaching from Matt Bottrill and run coaching, support and mentoring from Alan Murchison I stood on that start line knowing I was in the best shape of my life.  I finished top 10 overall and brought home Silver in my AG.

But there are no shortcuts. If you believe in yourself, are 100 committed and prepared to work for it then you can achieve your goals. Trust me; this is just the start of my journey… 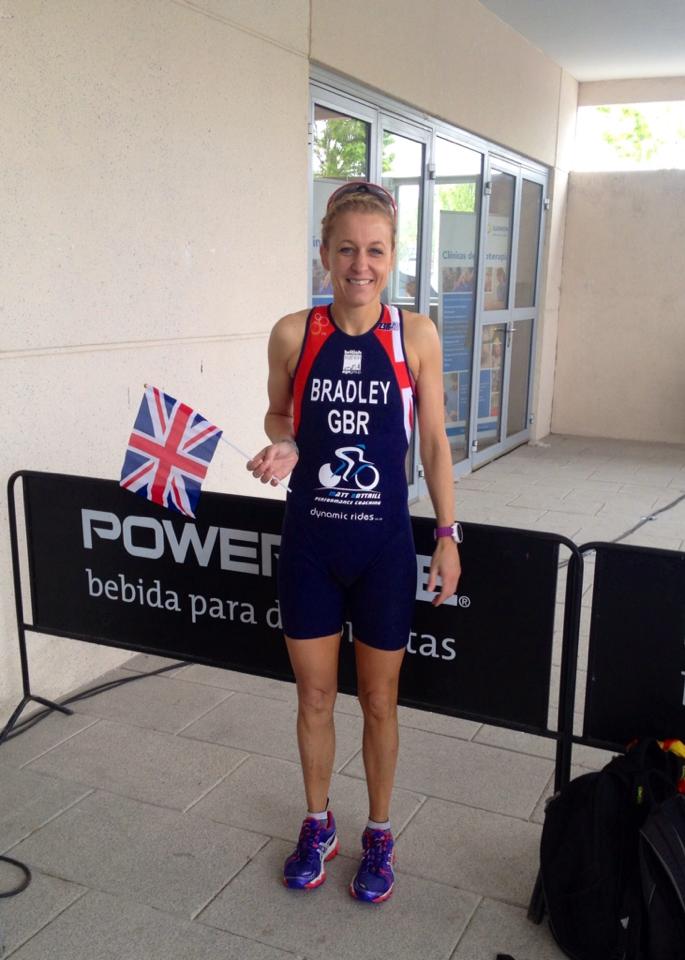